Louisville psych-pop band Frederick The Younger have shared the first track, Jessica, lifted from their new album which will be out later this year. The band is sharing the song ahead of their spring tour in support of Houndmouth. Take a listen to Jessica via Soundcloud below.

Jessica is the first taste of new music since the release of their debut album ‘Human Child’ (stream), which was produced by the veteran sonic wizard Kevin Ratterman (My Morning Jacket, Andrew Bird, Twin Limb). There is an earnestness to their new songs that rings true, the kind of sincerity born from experience. These songs feel alive and well-lived, tragic, beautiful, and contemplative, all with a solid hook.

Comprised of their soulful powerhouse vocalist Jenni Cochran, virtuosic guitarist Aaron Craker (who’s pulling double-duty playing guitar w/ Houndmouth on this tour), and their new rhythm section Jake Hellman (bass) and Dave Given (drums), Frederick The Younger is back with a newfound energy that they’ve channeled into the songwriting on their upcoming album. Channeling vintage melodic rock and roll through the lens of psychedelic garage pop, the band has drawn comparisons to everyone from St. Vincent and Angel Olsen, to The Zombies and Arcade Fire. 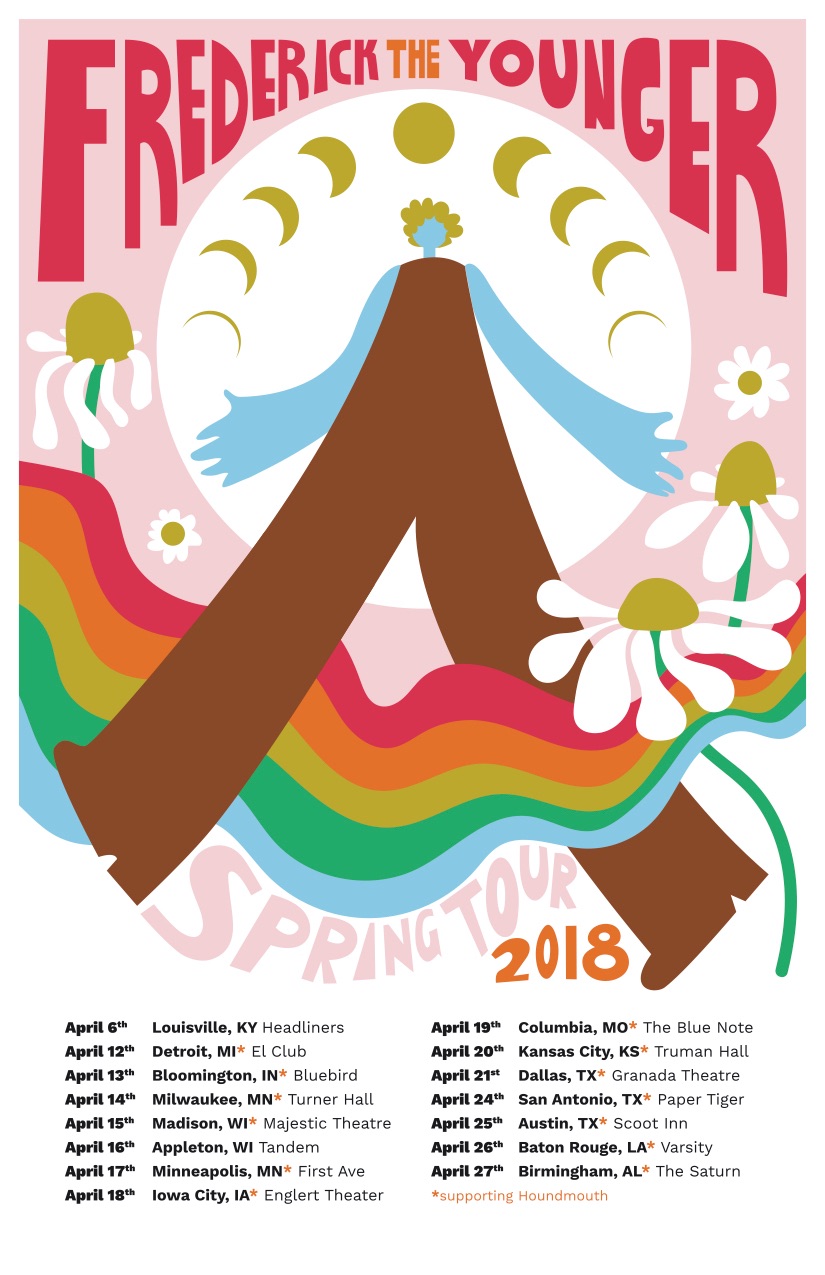