Post-rock band Foxhole have released their first album ‘Well Kept Thing’ (buy/stream) in over 12 years, which is out now via Burnt Toast Vinyl. To celebrate the release, Foxhole has shared a surprise new remix EP called ‘Keeper’, which features experimental remixes of select ‘Well Kept Thing’ tracks from Waco Bell, Murphy DX and a dynamic, haunting remix of the album’s lead single Noble Scales from Daniel DeWitt. Take a listen to the EP via Soundcloud below.

The album was written across 12 years, five states and three countries and mixed by the Grammy-winner Stephen Roessner and mastered by Bob Weston from Shellac. ‘Well Kept Thing’ is a sonic autobiography that tells the story of a band growing up and journeying apart, while fighting against distance and the demands of adulthood to preserve their friendship.

Featuring the stand-out singles Noble Scales (buy/stream), After the Walk (buy/stream) and Count Basie and his Daughter’s Shoes (buy/stream), Foxhole’s new album is the result of more than a decade of writing, recording, revising and waiting. As members started new careers (as a coffee shop owner, a farmer and commercial fisherman, a creative director, an admission to MIT’s Media Lab), married, had children and continued their nomadic tendencies, with members living around the globe, each change brought a new perspective on a growing repository of ideas. Slowly, a new writing process emerged, and with it, a new aesthetic.

The band members exchanged emails and MP3’s with scraps of ideas captured on phones and laptops. As those scraps became songs, they graduated to a server where a version control system tracked every change — syncing them to all five members and bridging disparate locations, time zones and work schedules. It was a rhythm that a different band might have found frustratingly slow, but played to the strengths of a group committed as much to each other as their music. Blistering drums, masterful melodic interplay, dynamic composition and a distinct smattering of brass — these are the defining qualities of Foxhole, a post-rock group of limited output but surprising longevity. And on their third proper album ‘Well Kept Thing,’ the band builds on their diverse foundation to deliver a (mostly) instrumental album for the ages. 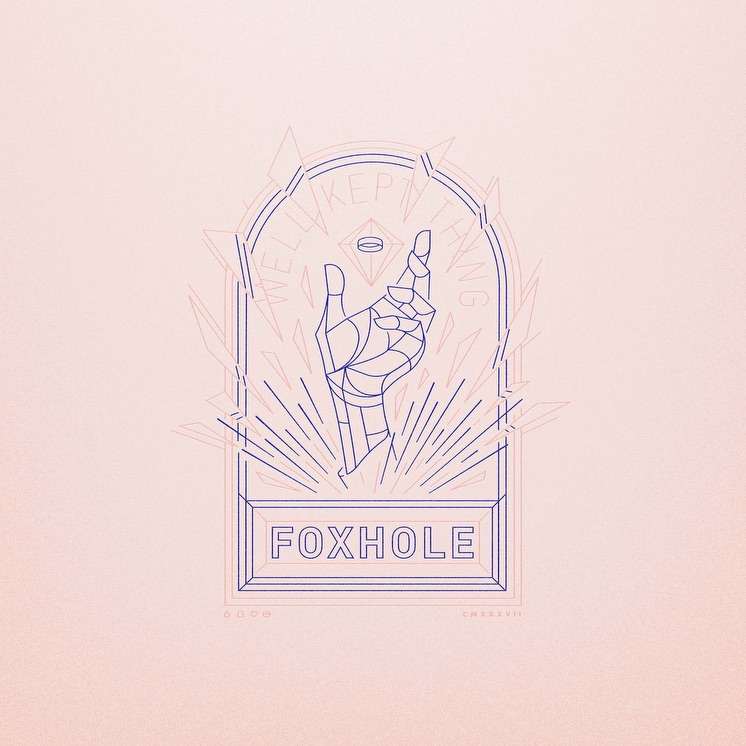 Since we’re ad-free, we don't make any money from this little space we’ve carved out online. If you enjoy reading our posts, any contribution would help keep us going. Thanks.