Powell has unveiled his new single ‘Insomniac / Should’ve Been A Drummer’, which is his second release via XL Recordings. Following ‘Sylvester Stallone / Smut’ double A-side released earlier this year, the new single continues to blur the lines between contemporary club music, punk and forward-thinking computer acid – it’s pretty gritty and disjointed sounding (all in a good way). Watch the really slick font based video for Insomniac below via YouTube.

Pre-order Insomniac 12″ on the XL store here or you can buy/stream it here.

Both as an artist in his own right and through the music released on his own label Diagonal, Oscar Powell has established himself among this decade’s most singular, exciting artists. The music is tough, but always playful.

Hey Oscar – Sounds like you’ve got a cool thing set up for yourself. I am absolutely the wrong audience for this kind of music.

I’ve always detested mechanized dance music, its stupid simplicity, the clubs where it was played, the people who went to those clubs, the drugs they took, the shit they liked to talk about, the clothes they wore, the battles they fought amongst each other… basically all of it, 100 percent hated every scrap. The electronic music I liked was radical and different, shit like the White Noise, Xenakis, Suicide, Kraftwerk, and the earliest stuff form Cabaret Voltaire, SPK and DAF. When that scene and those people got co-opted by dance/club music I felt like we’d lost a war. I detest club culture as deeply as I detest anything on earth.

So I am against what you’re into, and an enemy of where you come from but I have no problem with what you’re doing. I haven’t bothered listening to the links, mainly because I’m in a hotel with crappy internet at the moment but also because it probably wouldn’t be to my taste and that wouldn’t help either of us.

Powell then blew up this email response onto a 20ft billboard in London – nicely played. 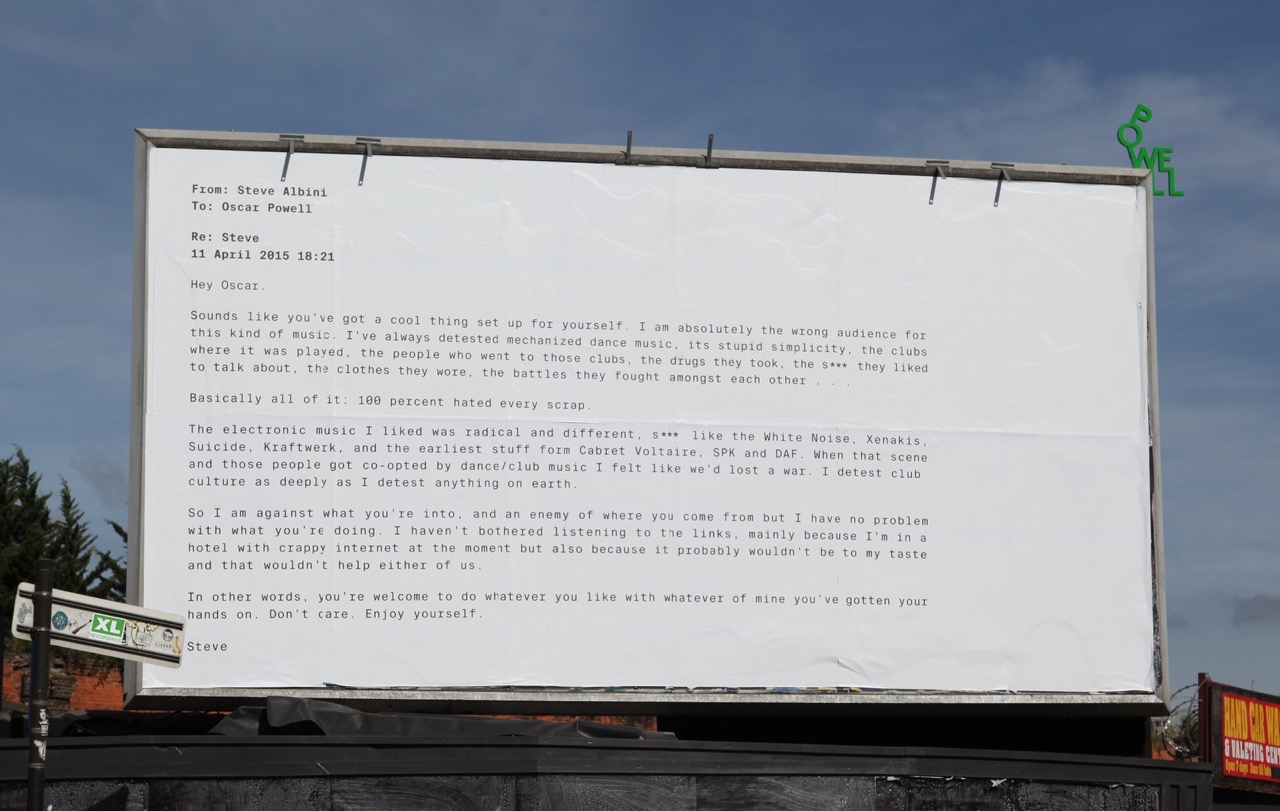